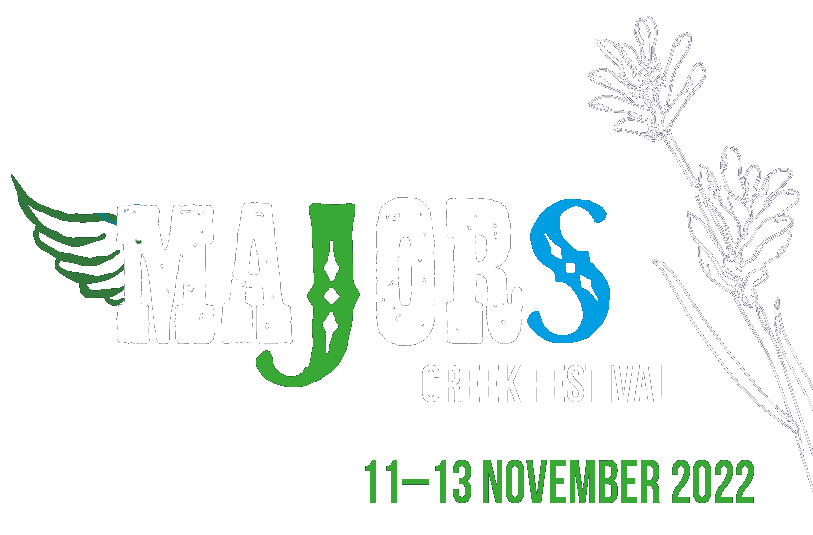 Majors Creek Festival is a leader and an award winner in the sustainble events space and maintains its commitment to limiting our impact on the environment. We believe that we are all responsible for keeping our event clean, safe and healthy and leaving the space as we found it! 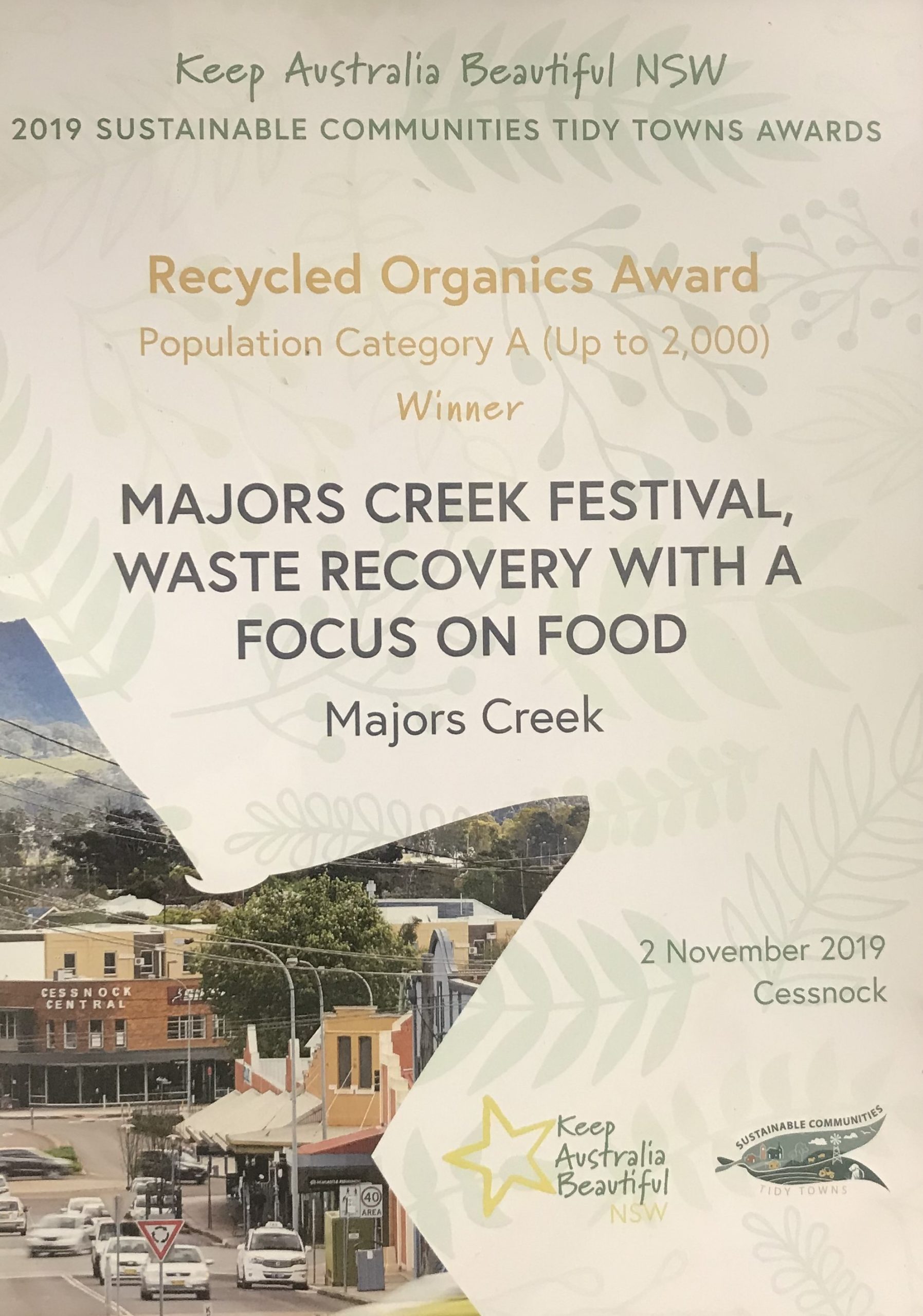 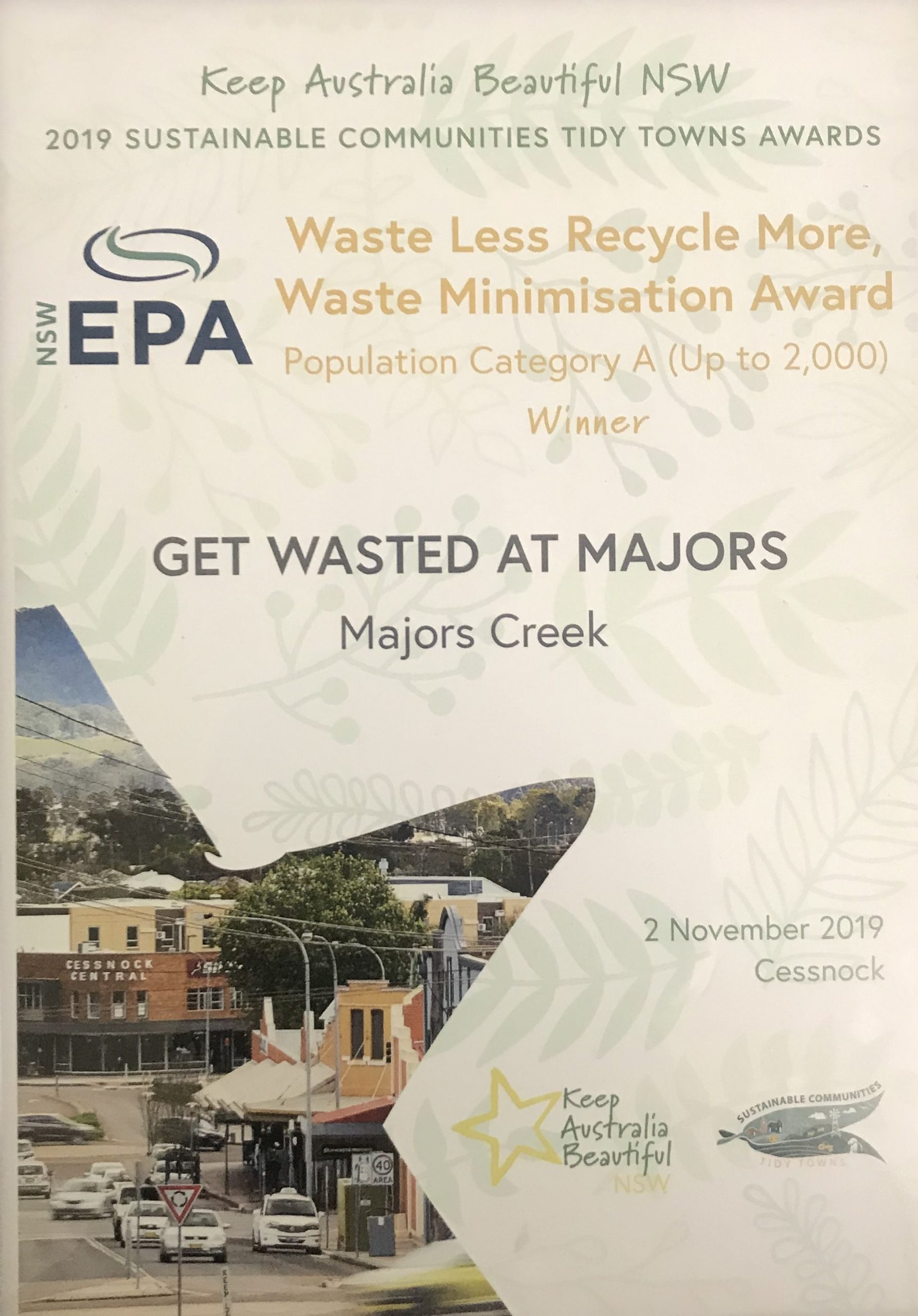 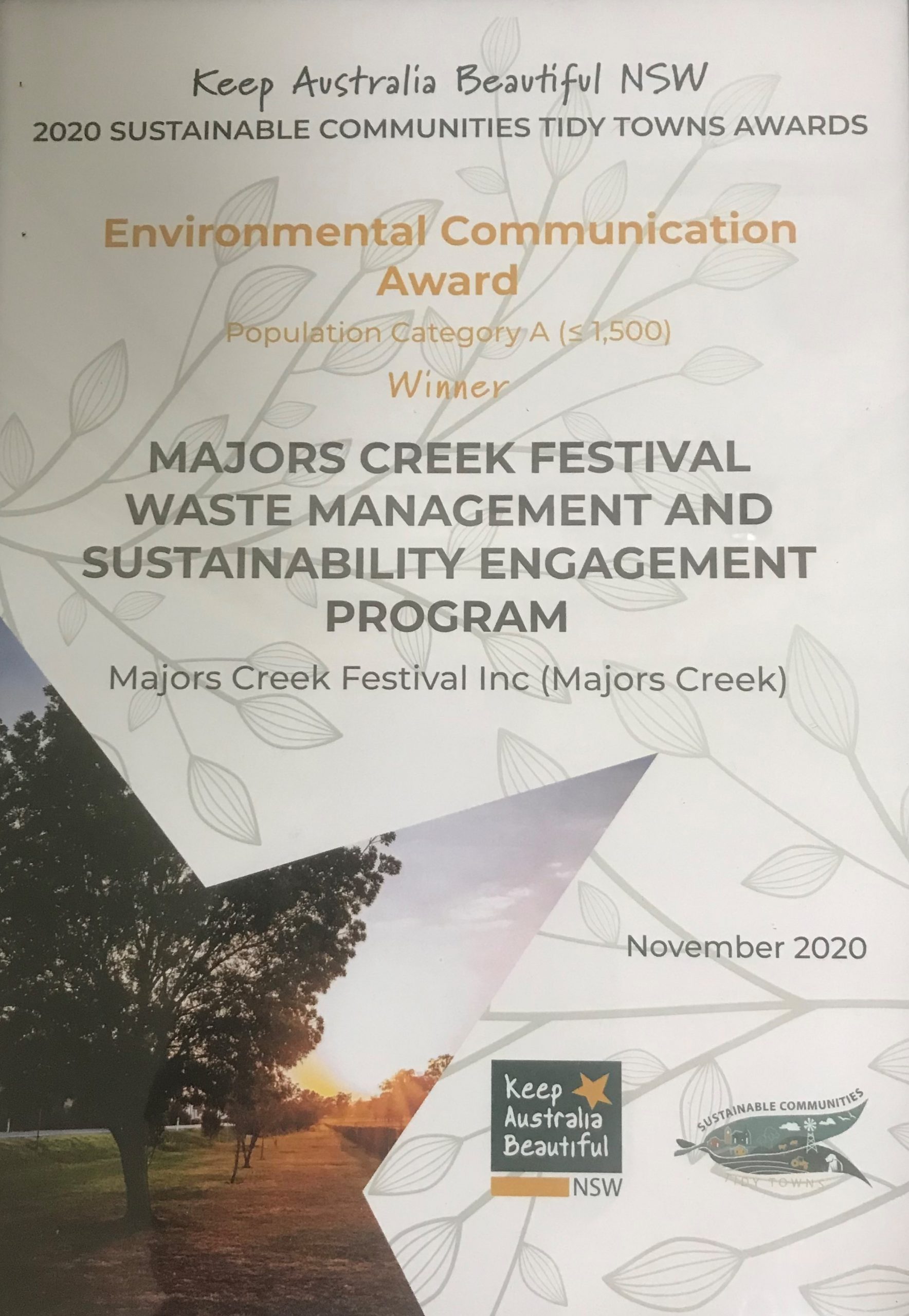 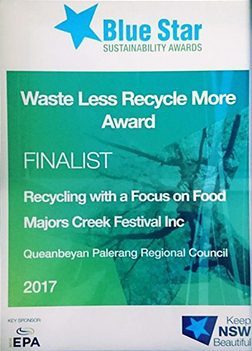 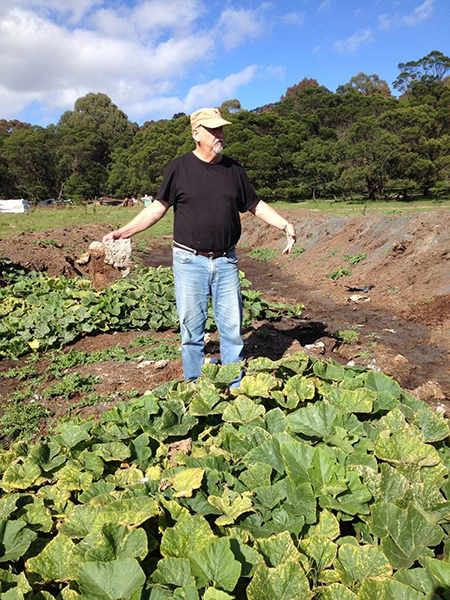 In 2001 the organisers of the event decided to attempt something which had never been done before – they attempted to host their event with zero waste to landfill – titled “Going for Zero’ the project succeeded in its no waste go to landfill attempt.

All recyclable material was recovered and organic waste was composted in a fenced area beside the tennis courts.

At that event the only non-recyclable waste recovered was 83 kilos of plastics, which was shredded and used as substrate in a concrete slab which is located, with a plaque noting the achievement, between the old Recreation Hall and the barbeque area.

The Festival was acknowledged as a finalist in the Banksia Awards for their efforts.

Since that time various attempts have been made to continue to recycle at public events in the region, however, without the intervention of assistants to direct bin usage and extensive hand sorting, the majority of events have relatively low levels of success in recycling. That is until now!

Waste streams vary with given circumstances, but in general terms, up to 70% of a material stream can be organic in nature, with only around 5% of the residual amount being toxic or non-recyclable. All the remaining material is recyclable by common methods. The removal of organic waste from any waste stream removes the ‘yuk’ factor. Typically, the presence of organic waste makes recycling all other materials difficult.

Without extensive intervention by the organisers, recycling programs that focus on recycling bottles, cans and paper achieve relatively low percentage results at the majority of festival style events.

Majors Creek Festival focuses on food and organic waste and, together with a clever engagement strategy, turns all our organic waste into beautiful compost on a working farm, resulting in a dramatic increase in both the quantity and quality of its recycling.

The festival also looks to expand the value of the organic waste by providing a Quality Assurance chain from the ‘food plate to the farm gate’. Participants at future events will be able to hear about how their waste outputs were fully utilised in on-farm operations through informative workshops and information sessions.